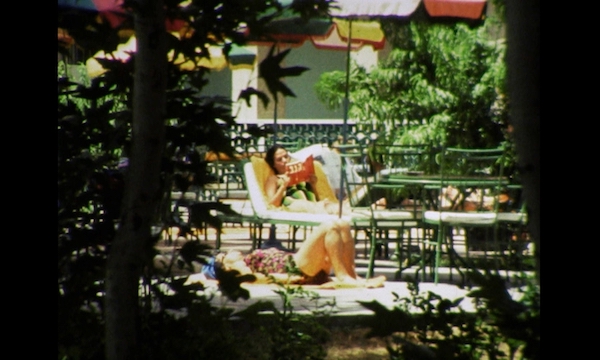 The untold story of an Israeli paradise in Iran.

During the 60’s and 70’s thousands of Israelis were living in Teheran, enjoying a special relationship with the Shah and his dictatorial rule.

Protected by the large arm deals and intricate financial ties, the Israeli community enjoyed a wealthy and luxurious lifestyle in Teheran, but failed to realize that the corrupt and despised ruling power to which they were connected, was collapsing.

By the time they understood that their “Iranian Paradise” was turning into hell, it was too late. They found themselves in the middle of the Islamist revolution taking the country by storm. Suddenly, the Israelis in Tehran were the enemies of the people and lived in fear for their lives.

Director Dan Shadur’s family lived through this time in Tehran. Using interviews with many who were forced to flee, as well as a wealth of both news and personal footage shot during those events, he has crafted a riveting and intimate look at the seismic political shift that has formed the Middle East as we know it today.

“One of the most socially incisive documentaries”

Dan Shadur is an Israeli filmmaker and writer, a graduate of Tel Aviv University Film & Television School. His debut documentary “Before The Revolution” (produced by Heymann Brothers Films) was funded by Yes Docu and ITVS, premiered in Hotdocs 2013 and featured in dozens of international festivals including BAFICI and Hamptons Int’l Film Festival. It was broadcast in 11 different countries and was the first Israeli film to be broadcast in Iran. His new film, “King Bibi”, in July  2018 at the 35th Jerusalem Film Festival. Shadur also directed short films, music videos and commercials. His articles and stories have been featured in Israel’s leading newspapers including “Haaretz”, “Calcalist”, “Globes” and ”Maariv”.

“I’ve spent the first year of my life in Tehran. My parents and elder brother had been living there for around three years, forming part of the large Israeli community there. Shortly after the revolution that drove us back to Israel, my father died unexpectedly. Fifteen years later my mother died.

Over the years, our photos in Tehran have become the few pieces of evidence remaining of our life as a whole and happy family. My mother would always tell me how wonderful the Shah was; how he turned Iran into a developed and Western country; and how he loved us, the Israelis. However, when I finally started examining what lies behind the utopian images my parents handed down to me, I understood that our family story was only a small part of a large-scale cooperation that had existed between two countries, that today are fierce enemies.  That the revolution – that had always been described to me as a dark force that expelled us from paradise – had been an uprising resulting from years of oppression; and that best case, we as Israelis had been blind to this, or worst case, had actively participated in.

Before the Revolution is the product of a long and exciting journey that helped me get a little bit closer to my parents, their dreams and the values that led them, as a young Israeli couple, to get caught up in a rare, hugely significant and historic event.

On the eve of a potential war between Israel, the West and Iran I hope that this film will enable the Israeli and Western viewer to think a little differently about the people we are used to viewing as enemies; about our responsibility for a history of oppression that brought about the current reality; and that the price of our comfortable lifestyle – whether in Tel Aviv or another place in world – claims on other peoples’ lives.”